Military AutoSource and Ford are giving 15 lucky military members the chance to test-drive Ford vehicles at Hockenheim-Ring, home to the German Grand Prix.

United States Military members stationed in Germany have the chance to win a day trip to the Hockenheim-Ring, during the Military AutoSource (MAS) Driving Freedom with Ford event, being held June 9th. The 15 winners will visit the Hockenheim racetrack to test-drive the all-new, redesigned Ford Mustang or F-150 and spend the day with Ford pro drivers.

Active military members are invited to enter for their chance to win now through May 22nd at MAS on-base in Germany or online at militaryautosource.com/freedom 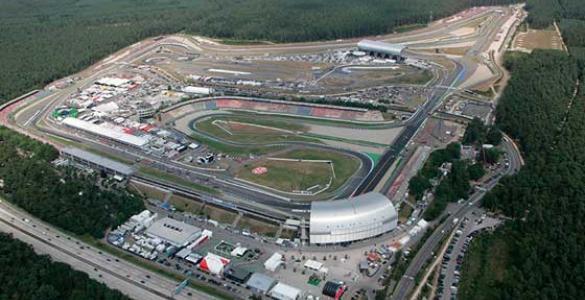 Together with Ford Motor Company, the Driving Freedom with Ford event was created exclusively for those deployed in Germany to give U.S. Military personnel a once-in-a-lifetime opportunity. The Hockenheim-Ring, home to the German Grand Prix, is a racetrack that was built in 1932 and redesigned in 2002, featuring a quarter-mile track designed for drag racing. Ford pro drivers and experts will be on hand to educate the winners on the available models, and give tips for driving on the legendary Hockenheim racetrack.  Sales Representatives from MAS will be in attendance to educate the winners on their exclusive Ford benefits offered by Military AutoSource