There’s still time to enter for the chance to win a 2016 Harley-Davidson Street 750 from Military AutoSource! 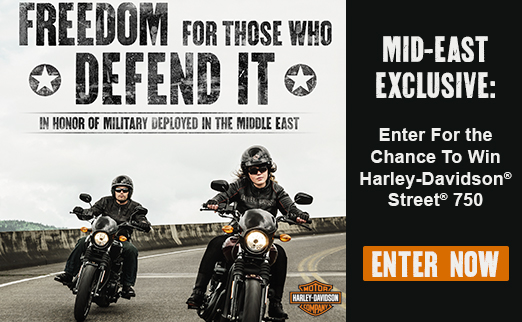 Active U.S. Military Personnel in the Mid-East are invited to enter the sweepstakes from now until March 13, 2016. The winner of the giveaway will be announced on St. Patrick’s Day, March 17, 2016.

Military members can enter for the chance to win the Street 750 by visiting any Military AutoSource (MAS) location in the Middle East or online at militaryautosource/onbase/street.

Military AutoSource has been hosting the St. Patrick’s Day Harley-Davidson Giveaway for over ten years, and throughout the years has given away over 20 Harley-Davidson’s to deserving military members.