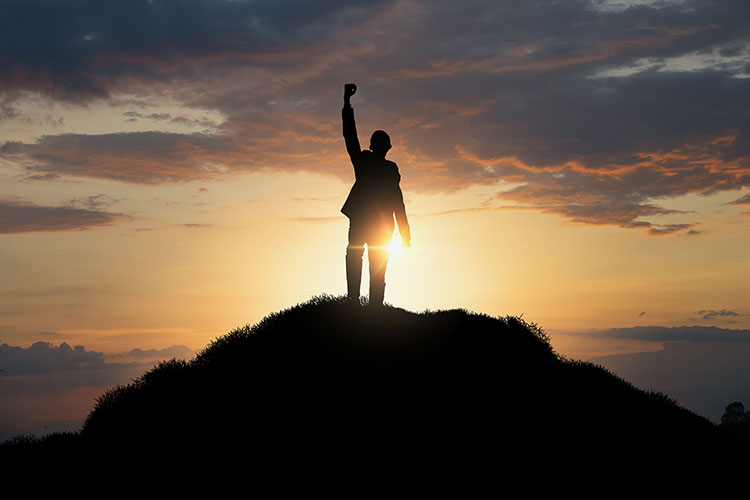 February 1st is National Freedom Day. The purpose of this day is to promote peace, harmony, and equal opportunity among all citizens.

The United States is a nation dedicated to the ideal of freedom. And it purposely kicks off Black History Month. However, its roots are up for debate.

If you ask Kent State University, it began in 1926 with the work of Carter G. Woodson, whose fascination with history would ultimately lead to the establishment of Black History Month at the conclusion of the 1960’s.

Woodson began his weeklong celebration to honor the birthday of Abraham Lincoln on February 12th and Frederick Douglas on February 14th.

By the end of the 1960’s, scholars found so many examples of greatness within the Black American community that an entire month of intensive historical focus was deemed appropriate, beginning on February 1st: Freedom Day.

If you asked the civil rights leaders of Philadelphia in the 1940’s, it began in the mind of a retired Major who sought to keep alive the memory of Abraham Lincoln’s drive for the equality of all Americans. 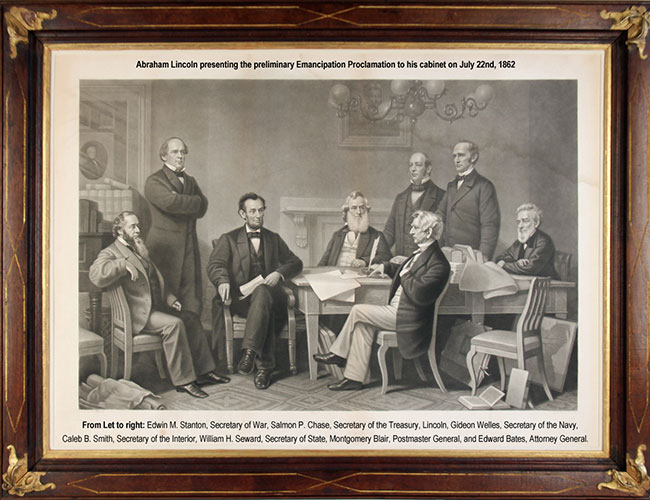 Major Wright was the first African American paymaster of the Army and during the Spanish-American war was the highest ranked black man in the military.

He was a man who shook up politics in the South and founded banking institutions in the North. His swan song whose final notes landed a year after his death was inspiration for the United States Congress to designate February 1st as Freedom Day. 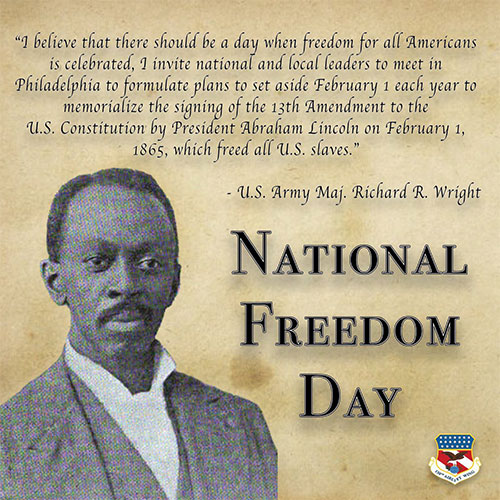 In the 21st Century, the average American may not realize the sacred nature of the word “Freedom,” but in the heart of this former slave who put on the uniform that fought for his emancipation, freedom was everything. With the signing of two separate solemn commands on behalf of every American, the same man declared that a long dark wrong be corrected. 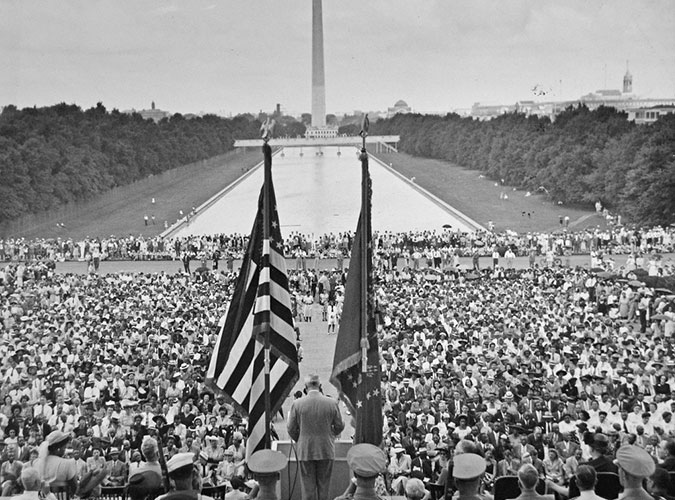 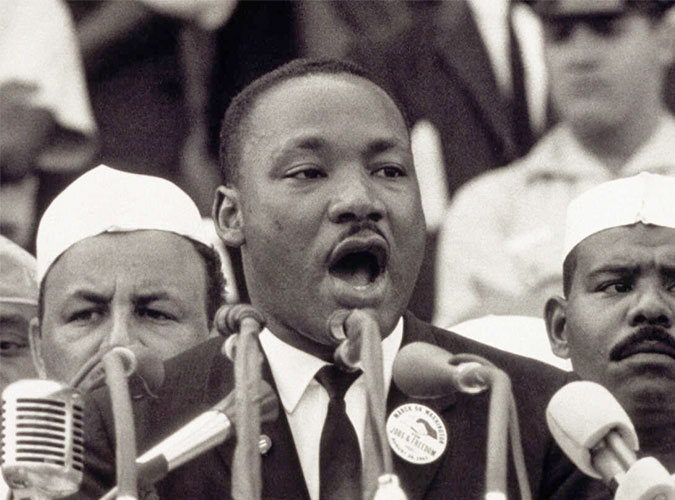 In the hearts of black men and women across American in the early 20th Century, ‘freedom was the promissory note’ commented on by Dr. Martin Luther King Jr. ‘whose payment would find itself still due’ in 1963. No figure is more closely identified with the struggle for civil rights than Martin Luther King, Jr. His adoption of nonviolent protest to advance equal rights for Black Americans earned him the Nobel Peace Prize in 1964.

The Military – Fighting for Freedom

On Freedom Day, we reflect on our American freedoms and honor all those who protect and defend them. The devotion and, if needed, the sacrifice of one’s own life for the freedom of another, is the very ethos carried by America’s military today.

“I have a dream that my four little children will one day live in a nation where they will not be judged by the color of their skin but by the content of their character.”

Military AutoSource provides a factory-direct program tailored to the unique circumstances and needs of military life. As the only Exchange authorized car buying program for 60 years, MAS is the exclusive military distributor and retailer for leading automotive and motorsport manufacturers. Through our program service members stationed or deployed overseas can purchase a new or pre-owned vehicle for delivery in the US or to more than 50 overseas duty locations. Learn more about your overseas US military benefits.